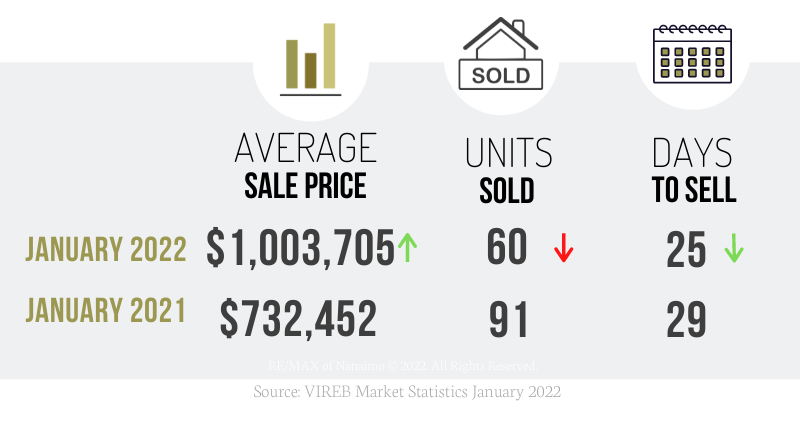 In its recent Market Intelligence Report, the British Columbia Real Estate Association (BCREA) states that with markets so out-of-balance, it will take a substantial decline in demand to return active listings to a healthy state. Further, the Bank of Canada is signalling that it will begin raising its policy rate or “tightening” monetary policy this year in response to elevated Canadian inflation.

Historically, the Bank of Canada’s tightening has led to falling home sales and flattening home prices. BCREA’s model simulations show that the most likely outcome of this round of Bank of Canada tightening will be home sales falling to near their historical averages and for home price growth to moderate. However, any tightening is unlikely to result in significant price decreases because of severely low supply.

“Unless demand drops significantly or more inventory comes online through new construction, VIREB’s inventory situation likely won’t improve,” says Kavanaugh. “The issue of supply isn’t a new one in British Columbia, but the lack of inventory we’re experiencing has been compounded by the pandemic and decades of insufficient planning.”