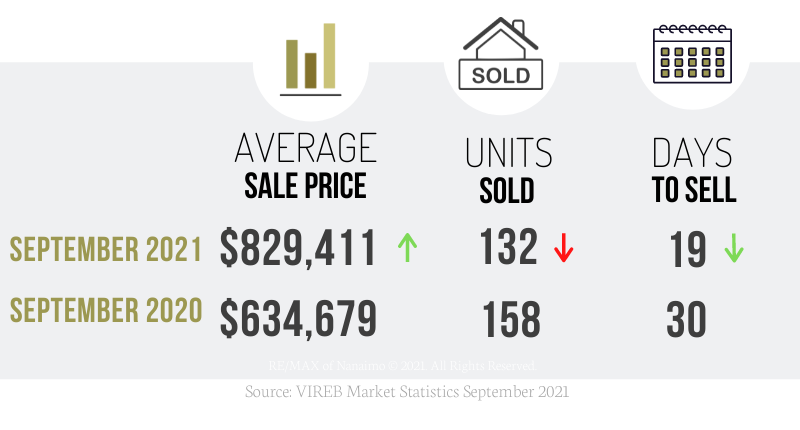 HOUSING MARKET CLOSED OUT SUMMER THE WAY IT BEGAN

The housing market in the Vancouver Island Real Estate Board (VIREB) area finished summer the way it began, with historically low inventory and rising prices.

Active listings of single-family homes were 47 per cent lower last month than in September 2020, while VIREB’s inventory of condo apartments and row/townhouses dropped by 57 per cent and 48 per cent, respectively, from one year ago.

In its most recent housing forecast, the British Columbia Real Estate Association (BCREA) states that the supply situation is especially severe in markets outside the Lower Mainland, including Vancouver Island. Listings activity has been lacklustre, and even if sales come back down to long-run average levels, total listings would need to nearly double to bring markets back into balance.

Ian Mackay, 2021 VIREB President, confirms that lack of inventory is hampering sales in the VIREB area, and multiple offers on well-priced, quality properties continue to be the norm.

“There is no doubt that sales would be considerably higher if we had more listings,” says Mackay. “The demand is there, but the supply isn’t.”

Mackay advises that while obtaining the advice of a local REALTOR® can help in any market, it is particularly crucial in a busy one.

“In a competitive housing market, using a REALTOR® can help streamline the buying and selling process to ensure the best possible outcome while mitigating associated risks,” says Mackay.