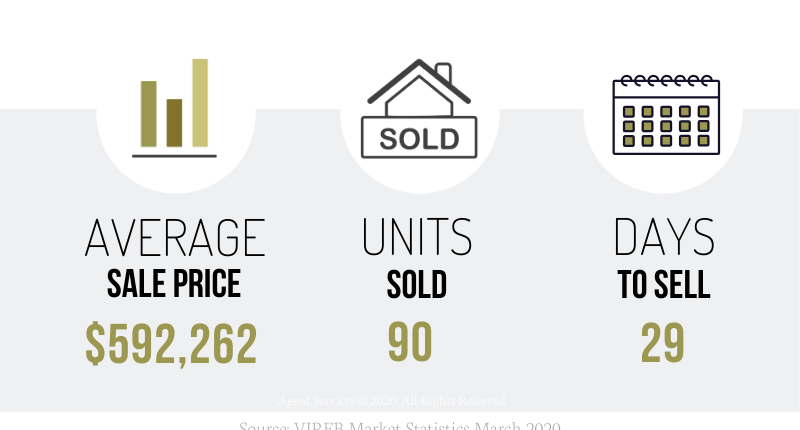 Here are the Nanaimo and Area Real Estate Market Stats for March 2020. For an more in depth breakdown of what’s happening in a specific area, contact us at (250) 751-1223  and ask for the Charlie Parker team or email info@nanaimorealestate.com. 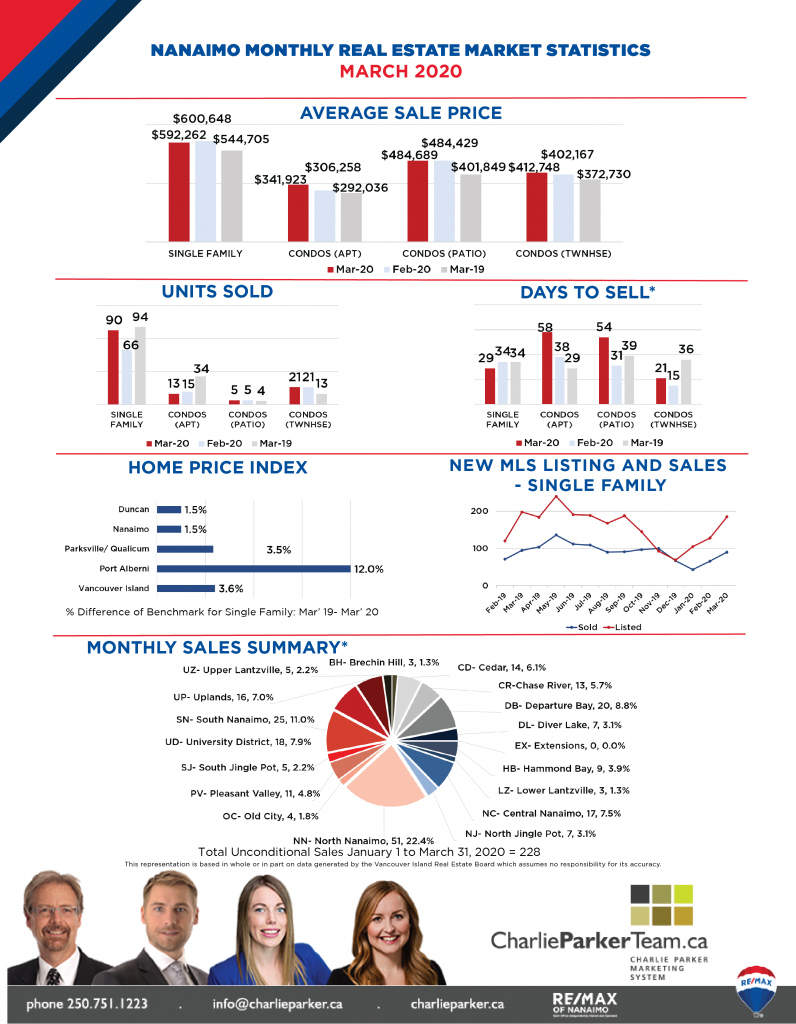 DEMANDING TIMES BUT REALTORS® ARE UP TO THE TASK

The COVID-19 health crisis will undoubtedly dampen the provincial housing market, but the Vancouver Island Real Estate Board (VIREB) reports that the virus had little impact on real estate market stats and March sales.

Last month, 333 single-family homes sold on the Multiple Listing Service® (MLS®) System compared to 259 in February 2020 and 308 in March 2019. Apartment sales in March did drop by 44 per cent year over year, but there was a 40 per cent increase in townhouse sales from one year ago.

In its most recent Market Intelligence Report, the British Columbia Real Estate Association (BCREA) states that no one knows how the unfolding COVID-19 outbreak will impact the economy in the long- term. However, B.C. is facing a sudden stop in economic activity with little sense of when things may return to normal. Based on BCREA’s scenario analysis, B.C. home sales and prices will likely face declines in the spring and early summer but should recover along with the broader economy in the second half of the year, contingent on the outbreak resolving.

Although it is certainly not business as usual, real estate has been declared an essential service by the provincial government as long as licensees comply with health and safety guidelines, which VIREB members are doing.

“The reality is that there are always clients who, for various reasons, must buy or sell now, and REALTORS® are uniquely poised to help those individuals do so safely,” says 2019 president Kevin Reid. “The real estate industry’s embrace of technology, such as virtual tours and electronic document signing, makes it possible to conduct a large part of the real estate transaction without face-to-face interaction.”

Higher May Real Estate Sales Indicate a Recovering Market While COVID-19 had a significant...

Here are the Nanaimo and Area Real Estate Market Stats for February 2020. For an more in depth...