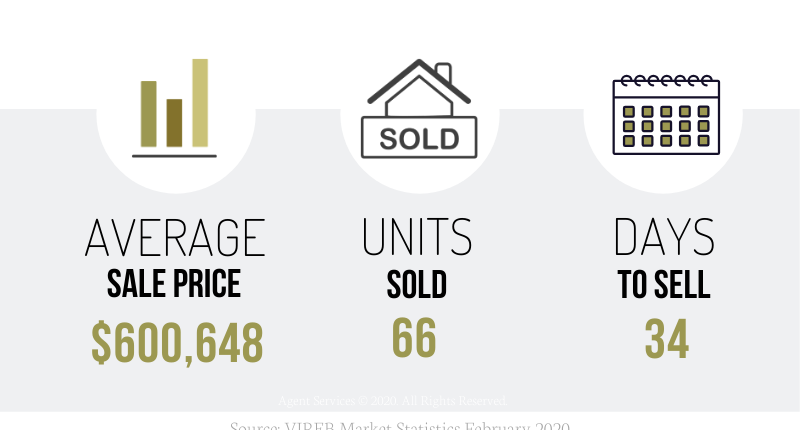 Here are the Nanaimo and Area Real Estate Market Stats for February 2020. For an more in depth breakdown of what’s happening in a specific area, contact us at (250) 751-1223  and ask for the Charlie Parker team or email info@nanaimorealestate.com. 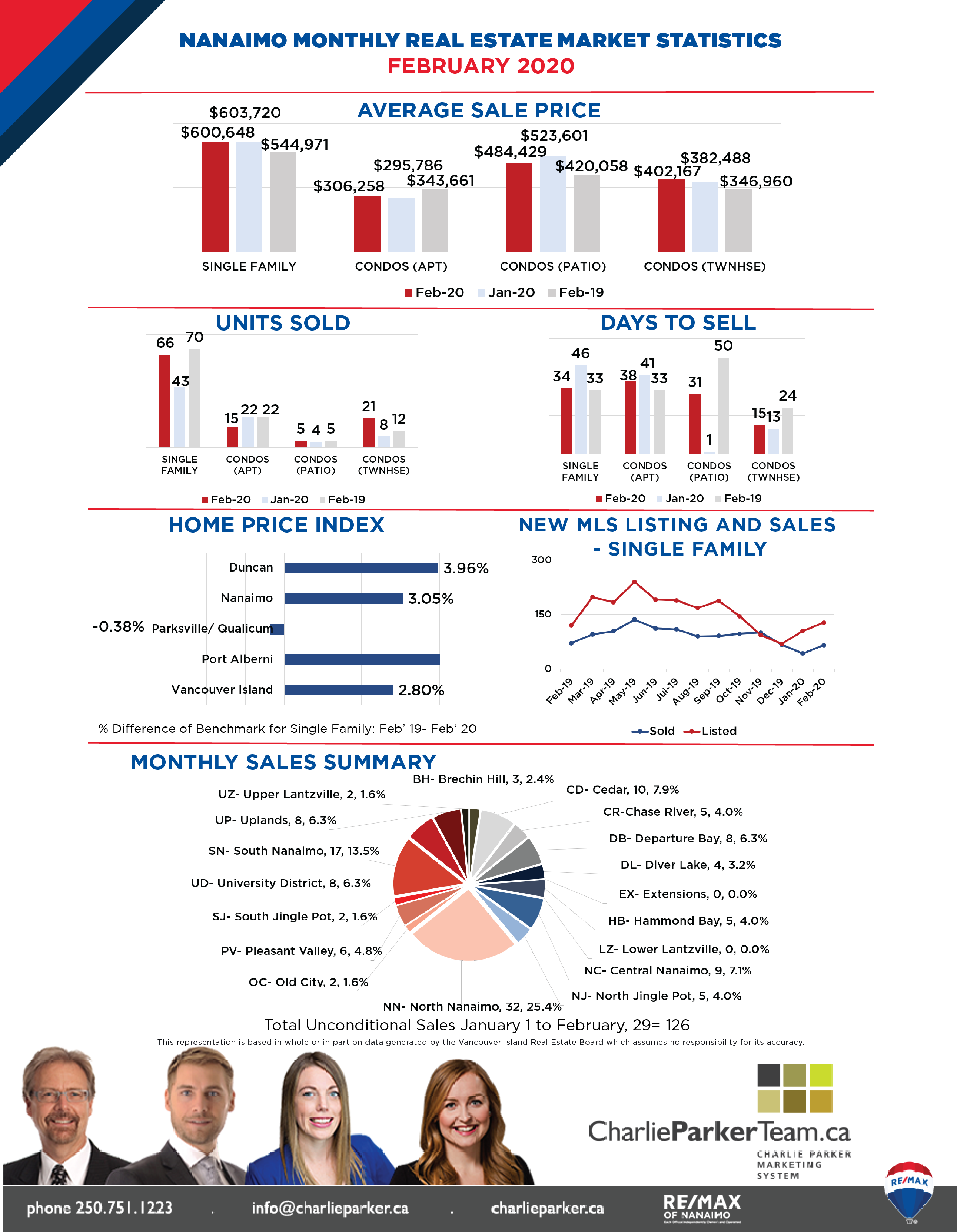 HIGHER FEBRUARY SALES A POSITIVE SIGN
NANAIMO, BC – Sales of single-family homes in the VIREB area last month rose by 15 per cent year over year and were 49 per cent higher than in January.

Last month, 260 single-family homes sold on the Multiple Listing Service® (MLS®) System compared to 174 in January and 227 one year ago. Apartment sales in February dropped by 19 per cent year over year, while the number of townhouses sold decreased by 10 per cent from one year ago.

to $564,700 in February, while the Parksville-Qualicum area saw its benchmark price drop slightly to $578,300. The cost of a benchmark single-family home in Port Alberni reached $321,100 in February, a four per cent increase from one year ago.

Due to VIREB’s broad geographic area, what is a trend in one market may not be in another. For example, REALTORS® in some zones are seeing multiple offers that benefit sellers, while other markets are more balanced. However, VIREB’s board-wide February sales are a positive sign that buyers are feeling optimistic as we head into spring, which is historically a busy time for real estate.

Another positive outcome is Minister of Finance Bill Morneau’s announcement regarding changes to the benchmark rate used to determine the minimum qualifying rate for insured mortgages. Guideline B-20, also known as the mortgage stress test, significantly reduced the purchasing power of some buyers andpushed others to the sidelines.

“The change to the stress test is a move in the right direction,” says 2020 VIREB president Kevin Reid. “Guideline B-20 compressed more demand into our mid- and lower-priced property market. Combined with limited inventory in that price range, many buyers couldn’t move ahead with their home purchase.”

Whatever the market conditions are when it is time to buy or sell a home, consider obtaining the services of a local REALTOR®, who will help you determine an optimal selling price for your home and find a property that fits your budget.

Higher May Real Estate Sales Indicate a Recovering Market While COVID-19 had a significant...

Here are the Nanaimo and Area Real Estate Market Stats for March 2020. For an more in...

Continue reading
We use cookies to ensure that we give you the best experience on our website. If you continue to use this site we will assume that you are happy with it.Ok